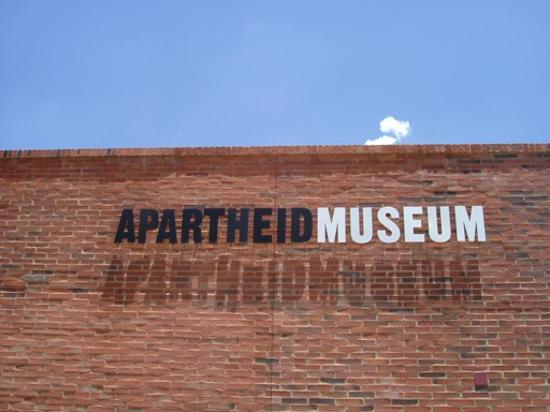 The Apartheid Museum opened in 2001 and is acknowledged as the pre-eminent museum in the world dealing with 20th century South Africa, at the heart of which is the apartheid story.
The museum is a beacon of hope showing the world how South Africa is coming to terms with its oppressive past and working towards a future that all South Africans can call their own.
The Big Five

South Africa is one of the best places to visit to witness the Big Five wild animals in their natural habitats. The phrase, coined by hunters, refers to the five most difficult animals in Africa to hunt on foot. These are the lion, African elephant, Cape buffalo, leopard, and black rhinoceros. 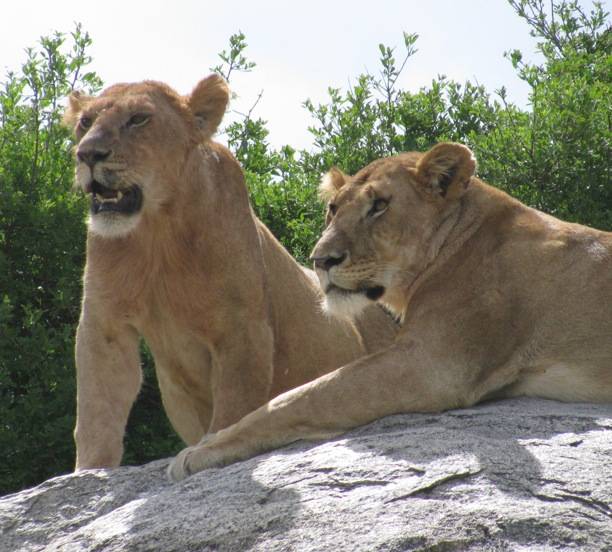 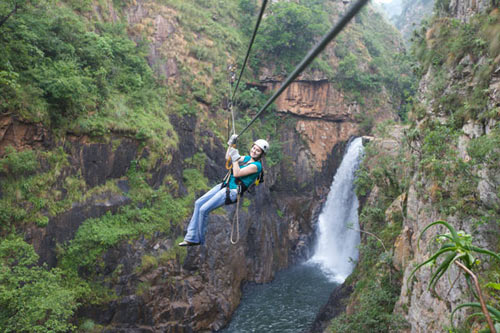 Experience one of South Africa’s fastest growing eco-adventures with thousands of satisfied thrill-seekers having already caught the bug. A Canopy Tour takes you on an unforgettable adventure as you slide from one platform to the next along a series of steel cables set amongst magnificent natural surroundings.
The scenery high up within the forest canopy is spectacular. Enjoy the view from above while taking in waterfalls and spotting birdlife amongst the surrounding trees. Our professional guides will assure the safety of each group and point out interesting facts along the way.
Gauteng

Gauteng’s status as Africa’s business hub is, undoubtedly, one of the major reasons for its popularity among businessmen. Johannesburg, in particular, has international appeal because it is the centre of so many of the country’s industries, such as the insurance, banking, information and communications technology, automotive, and mining industries. The growing local film industry has also taken hold in Gauteng. Moreover, many multinationals and industry associations have elected to make Gauteng their home base. 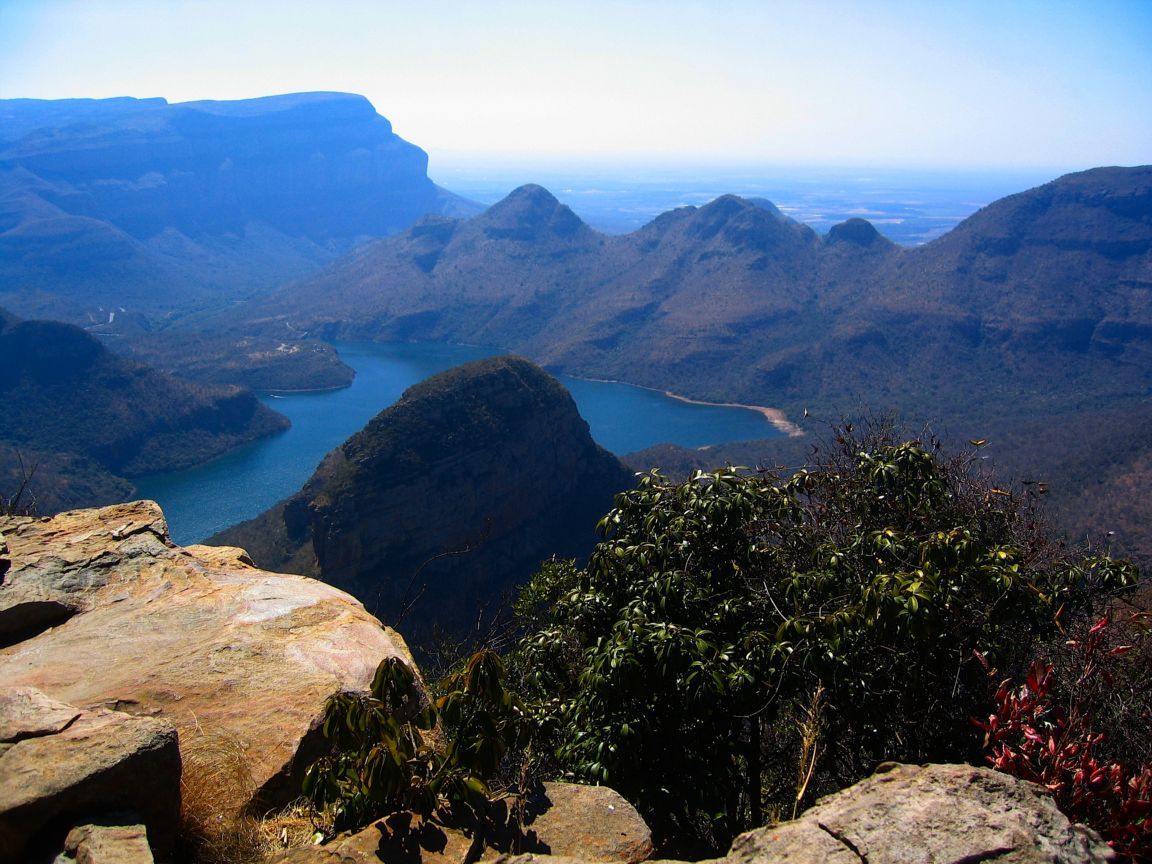 Gods Window is so called for the panoramic view of the Lowveld more than 900 m down into lush indigenous forest clad ravine. Enjoy the magnificent views, canyons, rock formations, waterfalls and breathtaking scenic splendour from the area known as God’s window. It is no wonder that Mpumalanga is known as Paradise Country!
Hole in the Wall

The Hole in the Wall at Coffee Bay in the Eastern Cape is a unique structure with a huge detached cliff that has a giant opening carved through its centre by the waves. The local Xhosa call this place “izi Khaleni”, which means “place of thunder”. During certain seasons and water conditions (high tide) the waves clap is such a fashion that the concussion can be heard throughout the valley. 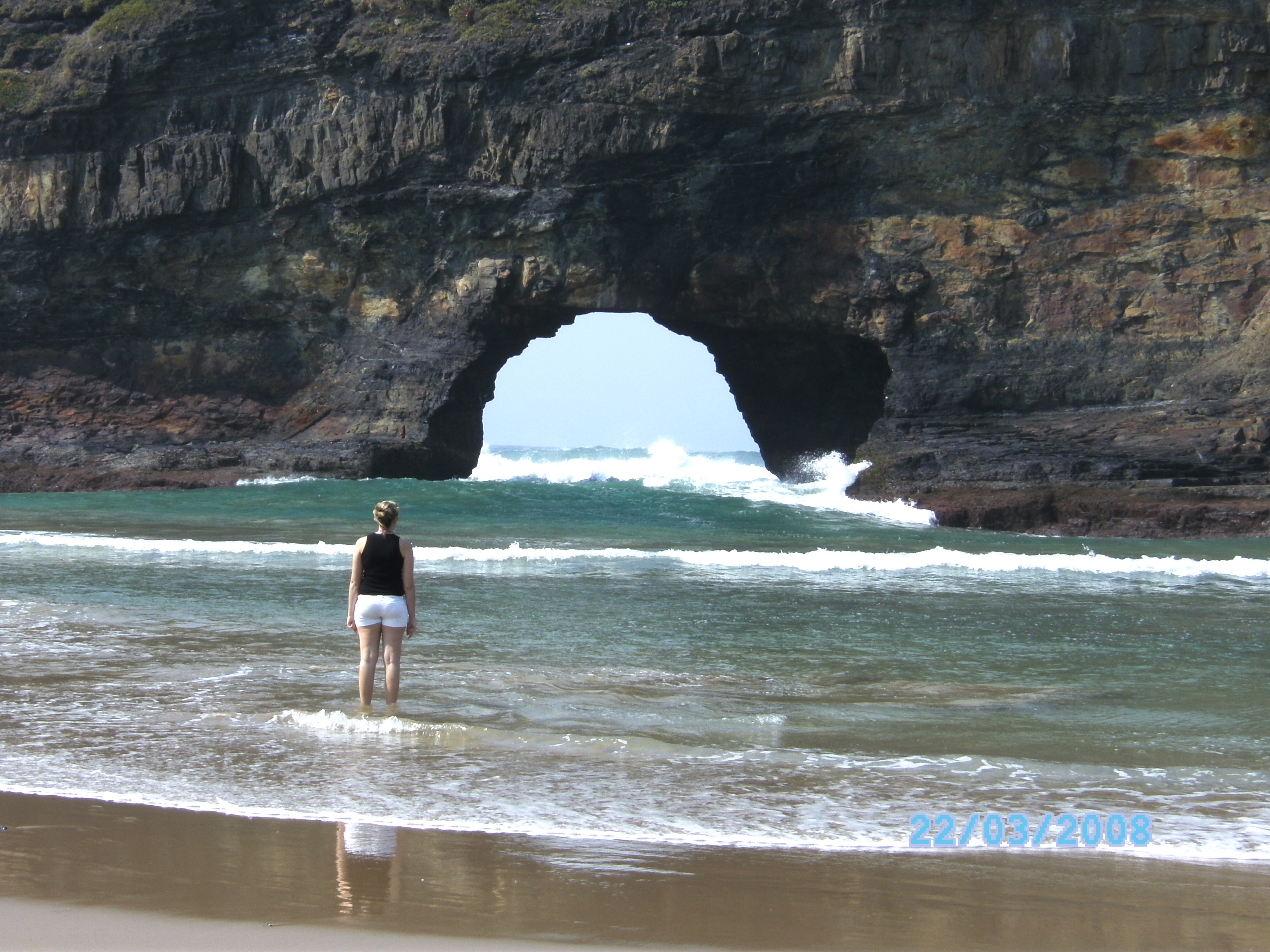 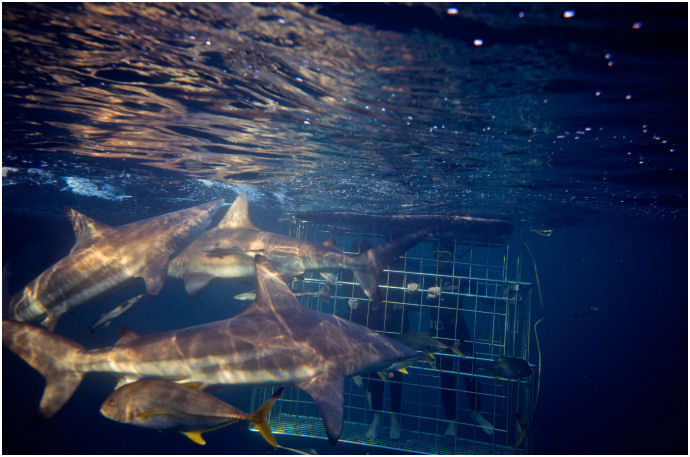 Sharks are magnificent creatures that never fail to capture the avid attention of mankind. Yet, it is apparent that many people have complete misconceptions of sharks. Most people have a 90% fear level and 10% respect level. Yet, why not try changing those misconceptions and learning the truth about sharks in the best possible way – shark cage diving. Shark cage diving in South Africa has grown greatly in popularity and there are now a number of commercialized locations to view these incredible monsters of the deep.
Sterkfontein caves – Cradle of humankind

An hour’s drive from Johannesburg and Pretoria, are the Sterkfontein Caves, world famous for their fossil finds and a well-known visitor destination. After an extensive face-lift in 2005, the Sterkfontein Caves is now home to a top restaurant, conferencing facilities, improved access into the caves, new walkways and a boardwalk past the excavation site where world-acclaimed fossils have been discovered. Declared a World Heritage Site by Unesco in 1999 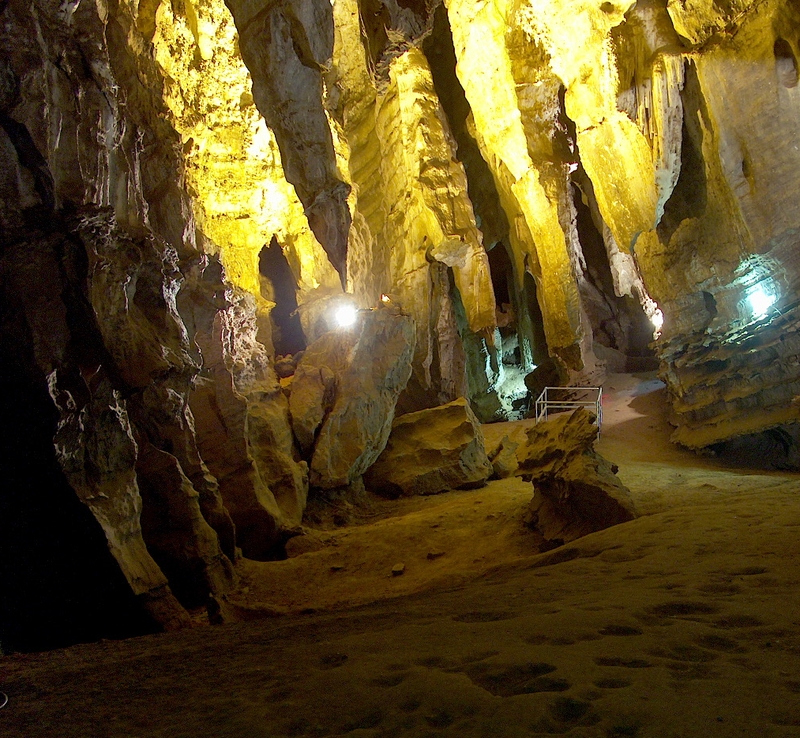 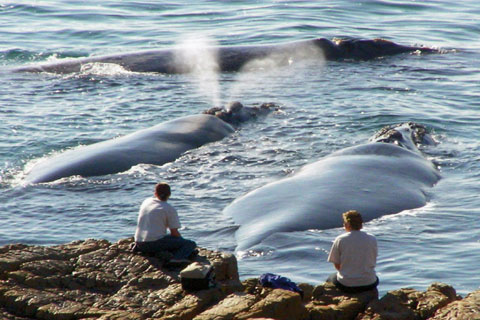 South Africa is known as the best land-based whale watching destination in the world. It also offers many opportunities to get closer to the whales by boat. Once a year, Hermanus hosts a whale festival that attracts thousands of international visitors who flock to this seaside town to exhilarate in the unique natural environment, watch the whales and revel in music, enjoy great cuisine and participate in the many activities which are available during the festival. The whale trail also attracts large numbers of tourists and is booked out 2 years in advance.
The Wine Route

Visit one of the many wine farms on the famous wine route and try the wide selection of South African wines in a stunning setting. Daily wine tasting, cellar tours and sales are offered at most cellars and many of these have restaurant and picnic facilities. Some cellars offer tasting by appointment only. 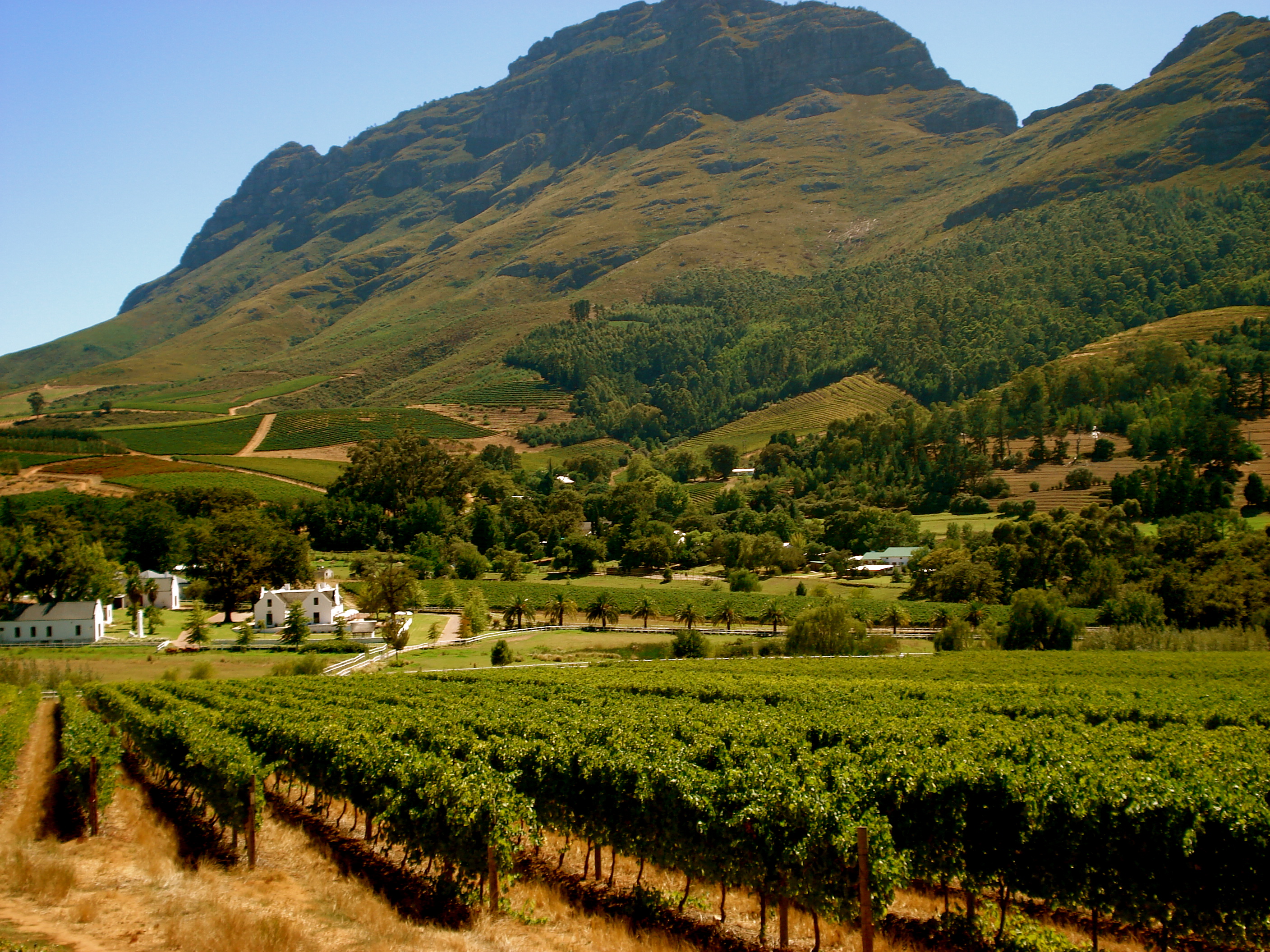